Being single is awesome… here’s proof 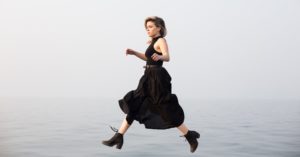 I’ll admit, I fall down in the single department. I neither particularly enjoy it nor do I crave it. And before you ask me, yes, I’ve been to movies, concerts, dinners,  and even taken trips as a single person. So there. I can do it, I just don’t love it. I want to love it and furthermore, I admire women who seem to relish in their freedom.

We will follow Patience on her journey through relationships and being single. I’m in the midst of writing about her first long-term relationship and I really don’t know where it will go (this is the follow-up to Underpinnings). I have some ideas but as I’ve stated in other blog posts, she writes herself and I’m just the conduit for the information. So what I think she will do, sometimes she another idea. I can write better to the relationship part than I can to the being single. That’s why I read articles like one I’ve attached from Darling magazine. The author suggests ways to revel in being single and all these ideas make complete sense. Especially for someone like me who needs a little further education on being single.

I think it’s possible that it’s the expectation for most everyone, but especially women to either be in a relationship or married. As in many things in life we are focused on the start and the finish, not whatever happens in between, and yet, what happens in that place is important to work. It’s where things get boggled, messy, vulnerable, we fall down and then learn what we’re really made of. It’s where we GROW!!! The work of being in a relationship is important and has all those qualities as well but to value the thing that our society deems insignificant, unnecessary or even unattractive requires courage. It also requires a blind faith that even though it’s countercurrent to social standards, a woman is still relevant as a single person.